Industrial Auctions: Past Their ‘Used By’ Date

Home / Industrial Auctions: Past Their ‘Used By’ Date

In the book ‘Moneyball’ Oakland Athletics General Manager, Billy Beane, follows a contrarian theory of mining for gold out of the least desired, most devalued assets (players) in Major League Baseball. When the market is over paying for speed, buy the assets that generate power. When the market is overpaying for power, buy the undervalued assets for defense… and so on… always trying to stay ahead of the curve.

Bill Belichick is widely considered the greatest NFL football coach of all time. Winning year in, year out in a salary cap era is supposed to be impossible. How does he do it? Most feel he runs contrarian to conventional thought. The price is too high on running backs? Focus on wide receivers. Too much to buy a top notch wide receiver? Focus on purchasing undervalued tight ends.

We all know the old infomercials about the get rick quick courses that focus on real estate bankruptcy and forfeiture sales. They might have been a success at one point, until hundreds of people had taken the exact same course and showed up at the auctions. Then prices went up as bidders increased dramatically and suddenly no more deals in a seller’s market.

So how do these analogies apply to Industrial Auctions? It’s simple, when a company is trying to earn a competitive return… their auction needs lots of qualified bidders who want to buy assets. The only problem is that bidders get smart, qualified bidders in a slow economy get poor and a flood of assets to the market can bring the prices down much further. There’s also another, far bigger and far more insidious problem…Greed.

Meet the New Boss, Not Quite the Same as the Old Boss

You see, the proliferation of the internet actually boosted the possibilities of creating lucrative online auctions, and it worked well… for awhile. It worked so well that a site rose up from all the rest and grabbed the mantle as ‘the place’ to post your auction. Many/most of the leading industrial auctioneers started to host their auctions there. Proxibid.com became sort of the EBay of industrial equipment. Life was good. Lots of people came to the online auction mega-giant, buyers had lots of auctions to choose from, there was a product for everyone and companies selling their old equipment were able to get a very competitive yield. But the various auctioneer firms didn’t like it. They didn’t want to earn only a couple of percent out of the 15%, they wanted ‘all’ of the 15%. So many took it in-house and they created their own online auction websites.

The only problem is, when one (1) big EBay blows up like a 4th of July firework and spawns dozens of Mini-Me’s, the general population doesn’t know where to go or what to choose. It doesn’t want to sign up for 20 sites, process paperwork for 20 sites and so they maybe just pick a few. But then they often don’t even waste time trying to source assets out there anymore… so many stop going altogether. When you add in a bad economy making many a rich man (businesses) poor and mix in a whole bunch of companies going out of business or downsizing and flooding the market with similar used assets, the resulting cocktail is weaker than a non-alcoholic Shirley Temple and a company looking to make a decent return on their used assets, many times won’t even generate scrap value from the auction.

But here’s the kicker, the auctioneer doesn’t care. They get 15% of the smaller pie as opposed to a couple of percent of the bigger pie. They’ll say it was a ‘tough market’. The math will tell you that even if the asset sells for 500% less, the auctioneer still wins. Shrewd auction scavengers win. It’s only the client that loses. When there is a loss, it is ‘always’ the client that loses.

But as Billy Beane and Bill Belichick have taught us, everything has a cycle and someday auctions will be good again. Today, however is not that day and judging by the economy, the amount of Mini-Me in-house auction sites, and the amount of closings, shutdowns and downsizing’s happening every month, its gonna take an Armageddon type market contraction to make the traditional auction option sizzle once again.

So what to do? Where’s the current undervalued way to recover asset cost? Where’s the path less traveled to find the rewards more shrewdly earned? It is in direct sales. It is in overseas markets. It is in ‘out of box’ sales tactics finding alternative uses and industries for the assets. The game is always about matching a willing seller to a willing buyer. To get a commensurate or even an impressive great return on an asset you only need one willing buyer. The trick, the talent and the skill is in finding that buyer.

So when looking for a firm to help you recover, do they recommend their in-house auction site? Do they tell you that the market is solid? Do they give you estimates? Why not just look at old auctions still on their site. Better yet, look at existing auctions that are currently going on and see how they are doing. Maybe contact firms and ask how close the yields actually matched the estimates… or maybe they were made to feel that it was a valiant effort in a down market?

Don’t be fooled. There are still excellent opportunities to make a solid recovery on assets in today’s environment… just take a look down the opposite path. 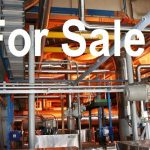 Industrial Auctions: Past Their ‘Used By’ Date

Pop Quiz: How Long Will it Take? Go Ahead and Take Your Best Guess 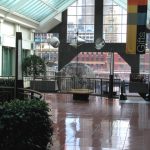 "Thank you for your efforts, you made a difficult time a lot less difficult."